VWS will be showing off its integrated bin-weighing and software management system at the RWM show, with the message to potential customers that ‘it pays for itself’.

ASL Environmental in Bristol has been using the system for some time with great success as managing director, Mark Taylor said: ‘We are finding that the first week of each month pays for the weighing system and the other three weeks are profit, which we would have been losing if we didn’t have the bin weighing equipment.’

The weights-and-measures-approved Enviroweigh bin-weighing system from VWS weighs each load to within 1kg.  The VWS PurGo software system, designed specifically for waste management and recycling, then enables operators to monitor every collection and calculate the profitability of each round.

Mark added: ‘PurGo is a fantastic piece of software. The reporting side is amazing and priceless in helping us to run our business. I have no hesitation in telling other waste management companies that they are foolish not to use it.’

VWS will also be demonstrating its award winning VOPS2 (Vehicle Overload Protection System), which helps prevent overloading from occurring. VOPS2 can be fitted to most types of commercial vehicle, ranging from 3.5t GVW and it doesn’t rely on springs or transducers. Load sensors are installed between the axle and the body of a vehicle to detect the load applied to the axles.

VWS managing director Julian Glasspole said: ‘Vehicle overloading can have serious consequences and lead to fines, endorsements or even a custodial sentence in the event of an accident. Not only do vehicles become unstable but undue stress is also placed on the tyres and braking systems and fuel usage is increased. Operators who overload put their licence at risk.

‘Any uneven weight distribution is highlighted as well as overloading, so it is particularly useful for delivery companies where there is a high risk of overloading or having too much weight on either axle.’ 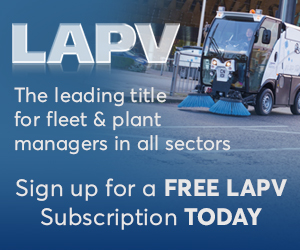